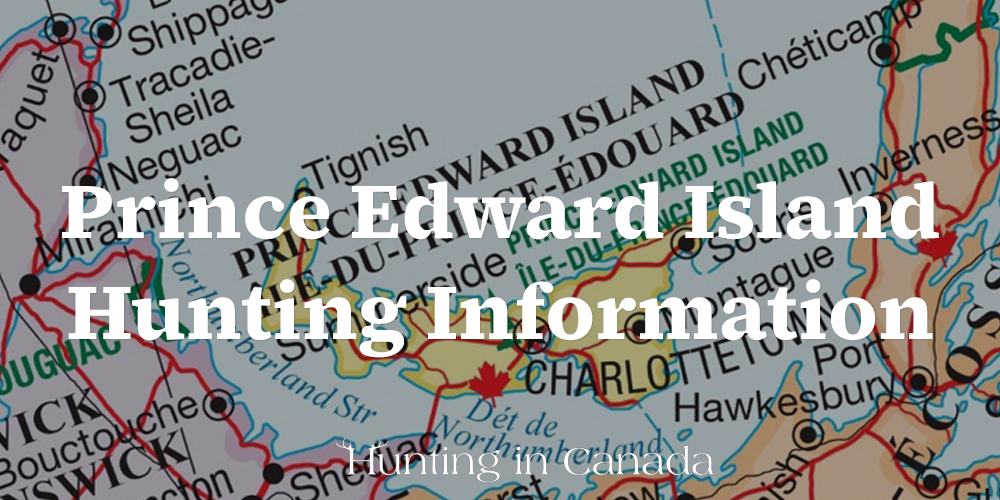 In order to hunt on Prince Edward Island, hunters must have a valid hunting licence and the Wildlife Conservation Fund fee. Most persons will also need Hunter Safety Course, Firearms Safety Course, and/or A Bow Hunting Safety Course.

Provincial hunting licences can be obtained online or from authorized vendors around the province.

A PEI resident means a person who:

1. Has lived in the province for a period of six months immediately before applying for a licence.

2. Was transferred to the province by his or her employer and has lived in PEI for a period of two weeks immediately before applying for a licence.

3. Is taking a PEI educational training program (3-month duration at least) and has resided in the province for a period of 2 weeks immediately before applying for a licence.

4. Resided in the province for a period of six months immediately before taking the educational training outside the province.

5. Has resided in PEI for the employment purpose for an aggregate period of 6 months within the 12 months immediately prior to applying

Non-residents will require a non-resident hunting licence in order to hunt on Prince Edward Island. They are also required to hunt with either a registered hunting guide or a licensed resident hunter.

Note: Youth (residents or non-residents under 16 years of age) require a Hunting Licence. No youth shall carry or use a firearm except in company with a guardian or parent, subject to the provisions of the Firearms Act and Criminal Code.

The open season dates for Snowshoe Hare, Raccoon, and Coyote are usually during the months of October through March, and for Fox, they are usually from November to January.

Unless the property is posted, you can use these lands for non-consumptive uses, like hiking, photography, bird watching and cycling. Also, you can access those lands to go hunting and fishing.

For instance, If you are looking for black ducks, you should check tidal marshes sandwiched between farm fields and adjacent to main-river channels. These spots are considered great bets for duck hunters. At just a bit more than 2,000 square miles, it is not too challenging to locate PEI’s black ducks.

An export permit is required to export any game outside Prince Edward Island. For non-resident hunters, their hunting licence attached to the game being exported will serve as a shipping coupon which authorizes the licence holder to export his game from Prince Edward Island in accordance with possession limits.

Here is a list of the hunting outfitters in Prince Edward Island: